Proceedings of the 5th African Forum on Synecoculture has been published.

The Proceedings of the 3rd African Forum on Synecoculture are available in the following links:

Proceedings of the 3rd African Forum on Synecoculture

The Proceedings of the 2nd African Forum on Synecoculture are available in the following links:

English version:
Proceedings of the 2nd African Forum on Synecoculture

The Proceedings of the 1st African Forum on Synecoculture are available in the following links:

Proceedings of the 1st African Forum on Synecoculture

In this book, the following articles were published including the studies from the synecoculture project.

In this presentation, two ongoing projects are introduced by their Japanese implementers. One is Synecoculture project and the other is Virtual Farmers’ Market (VFM) project. The former is mainly related to cultivation phase and the latter is related to distribution phase. Although these two projects are originally independent, both of two aims to sustainable agriculture and society.

1. The challenge and achievement of Synecoculture (by FUNABASHI)

In this talk, I will present the concept, challenge, and achievement of Synecoculture project that has been developed to overcome global agenda such as food security for growing population and associated massive biodiversity loss, which is difficult to resolve with conventional monoculture-intensive methods of agriculture.

Based on the field experiments in Japan and sub-Saharan Africa, we derive important factors that should be included in the new food safety strategy for increased human and ecosystem health, especially for African countries that are facing drastic climate and demographic changes.

Links between scientific facts, essential supportive technologies, and political challenges will be addressed from the viewpoint that advocates the conversion to sustainable society during the next few decades, critically before the middle of this century.

To better understand this presentation, please consult the following articles for the basic knowledge of Synecoculture:

The main objectives of this presentation are to clarify the concept and history of Virtual Farmers’ Market (VFM) which is currently promoted by UN World Food Program (WFP) and to discuss the future possibilities of VFM in the broader context of sustainable development and cooperatives.

The study is conducted with two approaches: 1) Basic survey – mainly on the internet resources; 2) Action research – the authors of this study are private company managers in Japan and Mozambique, so that their ongoing VFM project are described by themselves.

VFM is “an app-based e-commerce platform where farmers’ surplus and buyers’ demand for crops are advertised and traded” (WFP 2018). VFM is aimed to enhance the livelihood of Small Holder Farmers (SHF) via market access and fair prices. WFP launched the first pilot project in Zambia in 2016 and smartphone application for Android OS was developed and named MAANO.

Meanwhile, NBF/ADM, which is a private company in Japan/Mozambique, is starting VFM project which is firstly launched in Nampula province. NBF/ADM has a vision of connecting VFM to VFA (Virtual Farmers’ Association) and NCF (New Credit for Farmers), which is based on Japanese history and experience of agricultural cooperatives from NINOMIYA Sontoku (1787-1856), OHARA Yugaku (1797-1858), to JA (1972-) and the previous works using ICT in some nonelectrified rural areas in Mozambique (GODA 2019).

This year, UN decade of family farming started because it offers unique opportunities for sustainable development in economic, social and ecological aspects. VFM, VFA and NCF are expected to be able to empower these movement in the digital age.

Synecoculture experiments: the achievements so far and challenges ahead

Founder and President at Synecoculture Association

Synecoculture is a method of open-field agriculture that- without the use of any plowing, fertilizers, agricultural chemicals, or anything else except for seeds and saplings – allows for the creation and management of ecosystems that bring out essential qualities of the plants growing in natural state, and produces practically useful crops in ecologically optimized environment. In this talk, we will overview the development of proof-of-concept experiments of Synecoculture in Japan and Burkina Faso, its achievements and challenges, and provide the state of the art to tackle the problematics we face at the 5th year of introduction of Synecoculture in sub-Saharan Africa. To better understand this presentation, please consult the following articles for the basic knowledge of Synecoculture:

A project to experiment Synecoculture planters and garden in an urban environment to learn and test the principles of Synecoculture has started in March 2019 on a rooftop of a building in downtown Tokyo. The objective of this project is to test, learn and explore the underlying principles of ecosystem cycles as well as to develop learning kits that would facilitate others to learn “the functioning of ecosystem cycles” in the raw. Educational materials accompanying the kits are also being studied. As a key project member, I will share the overview of this project, its recent progress and some of our future goals aiming specifically to publish our outputs for education purposes (in English and French) and make it accessible worldwide, inclusive of African countries.

Makoto Goda is CEO of Nippon Biodiesel Fuel (NBF) and he is leading Japanese PPP in Agricultural Sector for Africa. He is a leader of the Japanese initiative of the Agricultural Innovation Platform in Africa called AIPA. AIPA is described in TICAD7 Yokohama Action Plan. He has established a subsidiary of NBF called ADM in Mozambique in 2012. ADM has started the E-Money service since 2013 and is providing an E-Voucher system for FAO from 2014 in Mozambique. ADM will start Virtual Farmers Market (VFM) from 2019 with WFP in Mozambique. NBF will expand E-Money, E-Voucher and VFM projects to other countries under the initiative of AIPA.

Original Idea of AIPA is based on the Japan Agricultural Cooperative called JA. JA is one of the largest cooperatives and JA consists of not an only agricultural group but also healthcare, bank, insurance, and media, etc. In Japan, most medical doctors don’t want to work in rural villages. Then JA established healthcare organization and they own more than 100 hospitals. Rural development requires not only agriculture but also healthcare, education, finance, etc. The JA model can be a good example. AIPA will support group management and market access by ICT. AIPA will intend to collect baseline data to make it clear what is a bottleneck for certain farmer groups.

Online Community-Based Expansion of Synecoculture around the Globe

Cookpad is the world’s largest online cooking recipe sharing platform for both app/web, with monthly unique users of 90 mn globally. The mission of Cookpad is to “make everyday cooking fun”, which we believe that everyday cooking will solve many issues that we human beings are facing globally, such as food security, healthcare, global warming and beyond.

To achieve the Mission, as Cookpad’s mission of ‘making everyday cooking fun’ rely on the ingredients of the daily cooking, we aspire to solve the issues of food production. Cookpad would take a major part in making the small-to-medium holder farmers become environmentally and economically sustainable through shifting from currently dominant monoculture to Synecoculture.

To make “Synecoculture” a viable option for small-to-medium farmers, Cookpad will take part in introducing Synecoculture globally and creating the community of early adaptors so that people from different climate zones help each other to expand Synecoculture across the globe. Cookpad also aspires to play a key role in identifying and developing the means to make Syencoculture a commercially viable farming approach for small-to-medium holder farmers.

Synecoculture as a Way for Achieving Sustainable Agriculture in Africa

I joined the UniTwin UNESCO Complex Systems Digital Campus (CS-DC) in October 2018 as a member of the council. This was at the invitation of Professor Paul BOURGINE, President of the CS-DC. Because of my agronomy academic background, he introduced me to professor Masatoshi FUNABASHI who is the coordinator of the FOOD Program of CS-DC. That is when I learned about Synecoculture and the ongoing project of CARFS in Burkina Faso and the Sahel region, with the support of SonyCSL. I found the project very interesting and we decided to meet every month to brainstorm on the creation of the FOOD Africa Program, an open complex systems strategy for bottom-up food production and distribution on the African continental scale. After several meetings and based on my knowledge of the food situation in Africa, we prepared an Advocacy Paper to support the case for the development of synecoculture in Africa. In our reflection, we came to the point that Synecoculture can be the way to improve the livelihood of millions of small African farmers and strengthen their resilience to climate change. In order to have broad and consistent impacts, we are requesting a partnership with the African Union Commission with the view of launching a continental-wide program on the development of Synecoculture for achieving several SDGs related to sustainable agriculture development in Africa.

Terraforming on Planet Earth – Business methods as a tool for Synecoculture

While Synecoculture promises increased food production and soil regeneration, it remains a challenge to scale the concept to the extent the planet would need. “Terraforming” is a concept most associated with the transformation of other planets to Earth-like conditions in science fiction literature. However, if the notion of terraforming was to be applied to planet Earth – something we need to do in order to handle food production and biodiversity loss – and put into the same concept as Synecoculture alongside new business methods we could potentially facilitate a massive transformation. This presentation lies out a business model thinking for rapidly expanding Synecoculture as a method for terraformation.

The summary of the poster is available in the proceedings: 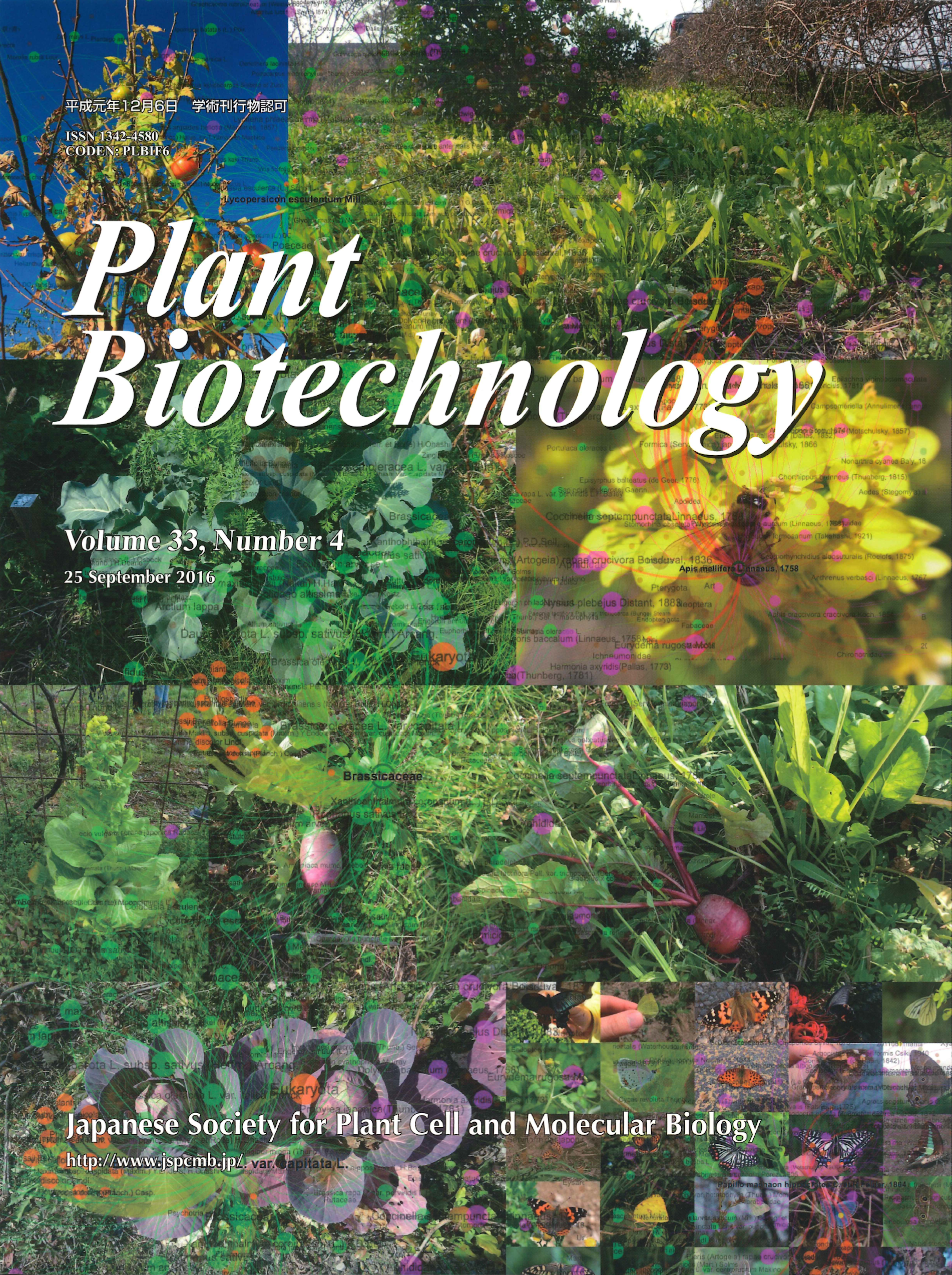 This e-laboratory is named after the Perspective from Nature Research 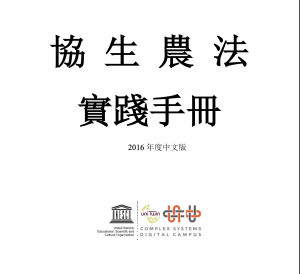 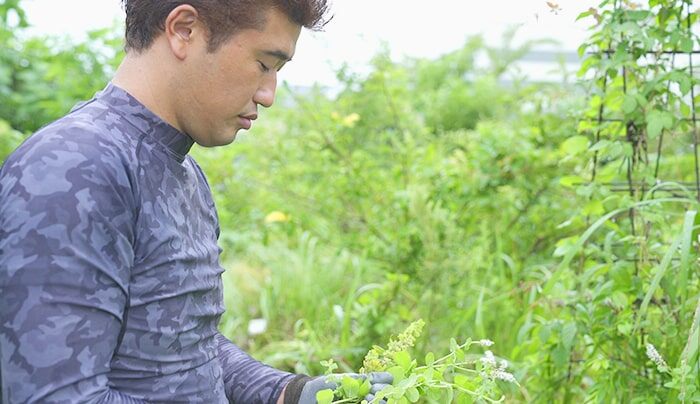 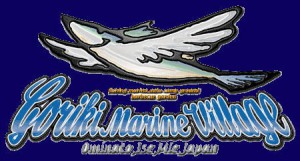